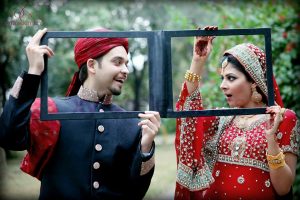 The Great Urdu poet, Mirza Ghalib occupies a prime spot in the world of poetry.  There is not an aspect of life he has not written a poem about, particularly about love and romance. 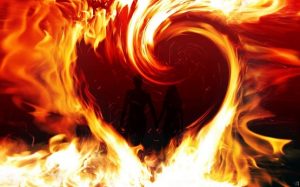 Simply put, you don’t choose to fall in love with a person because he or she meets your criteria of beauty, wisdom or wealth.

You fall in love because you like the way he laughs or she turns her head, the way she looks at you or the way he smiles at you.  Love simply descends upon you, even before you know it.

God in the Quran, 30:21, says, “And among His signs is this, that He created for you mates from among yourselves, that you may dwell in tranquility with them, and He has put love and mercy between your hearts. Verily in that are signs for those who reflect.”

Marriage is indeed an expression of a commitment to a relationship between two individuals.  The men and women who take the bold step to become one regardless of their origins, faiths, races, and ethnicity must be applauded. They are setting an example of how-to live-in harmony despite their differences.

When you hear a Muslim woman cannot marry a non-Muslim, or a Jewish or Hindu woman should not marry a person from other faiths, what they are saying is that they want to keep their loved ones within their fold, their tent. Nothing wrong with that! It works for them.  However, it is not a religious expression, it is a patriarchal and cultural idea. When we live in a society where we interact with people of different faiths, we have to enlarge our tent to accommodate the universe.

I would urge you to read this thoroughly written article – Can a Muslim Woman marry a Non-Muslim man? Indeed, that is the problem with men of all religions including Islam, Hinduism, Judaism, Christianity, Sikh, and even Baha’i faith. One of the Rabbi’s told me that the article holds good for Jewish tradition as well.  The article is at https://interfaithmarriages.org/can-a-muslim-woman-marry-a-non-muslim-man/

I am blessed to have officiated secular ceremonies for a few, and religious ceremonies for Jewish-Christian, Hindu-Christian, Bahai-Jewish, Hindu-Jewish, Atheist-Jain, and several other combinations. Being a Muslim, I am pleased to have officiated weddings for Muslims in a variety of combinations; Muslim-Christian, Muslim-Jewish, Muslim-Hindu, Muslim-Mormon, Muslim-Sikh, Muslim-Jain, Muslim-Buddhist and Muslim and an Atheist.

I am delighted to see this position and pleased to submit my profile, and an additional profile 60-page document of accomplishments are at https://www.linkedin.com/in/mikeghouse  and my Mission Accomplished – http://www.theghousediary.com/mission-accomplished/
www.InterfaithMarriages.org | www.WorldMuslimCongress.org | www.MuslimSpeaker.com | www.CenterforPluralism.com