To read different articles about interfaith marriages: click the “NEWS” tab above.  Mike Ghouse’s full profile on the home page at https://TheGhouseDiary.com

Marriage is indeed an expression of a commitment to a relationship between two individuals.  The men and women who take the bold step to become one regardless of their origins, faiths, races, and ethnicities must be applauded. They are setting a new standard on how to live in harmony despite their differences. They are practicing true pluralism – that is respecting the otherness of the other and accepting the given (God/Nature) uniqueness of each other.

Has anyone ever asked what is it that God really wants?

God wants nothing more than harmony in his creation. Because he created everything in balance he expects us to preserve or restore it when it is off.

Look at the universe, everything is programmed precisely! The moon revolves around the earth and the earth goes around the sun accurately.  The seasons are programmed and the plants and animals have a determined cycle of birth and death. Within the human body, different organs work cohesively for normal functioning (with of course built in anomalies) of the body. However, he did not program us how to relate to each other and live with each other. He gave us complete freedom to chart our own course of harmony with the other.  God is happiest when two people can rise above their differences and live in harmony.

Interfaith marriages are becoming the new norm of society. In a few years, one out of two marriages would be of interfaith. Yes, this is across the board, whether you are a Muslim, Jew, Hindu, Christian, Sikh, Baha’i, Atheist, or the other. According to the Pew survey, 40% of people of faiths will be marrying a person of another faith, it is higher among Jews, it’s 50%.

I am blessed to have officiated ceremonies with religious tones of both traditions of the couples, be it. Jewish-Christian, Hindu-Christian, Bahai-Jewish, Hindu-Jewish, Atheist-Jain, and several other combinations. 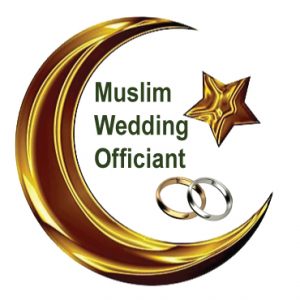 Being a Muslim, I am pleased to have officiated weddings for Muslims in a variety of combinations; Muslim-Christian,  Muslim-Jewish, Muslim-Hindu, Muslim-Mormon, Muslim-Sikh, Muslim-Jain, Muslim-Buddhist and Muslim and an Atheist.

It is disappointing to the potential brides and grooms that their clergy or a parent invariably insists on the other person to convert to their faith tradition, some do, and some fake it and some are not comfortable with the idea at all. Being truthful is the greatest value of all civilizations.

As a Pluralist, I have chosen to officiate the weddings of such couples to reflect the essence of Bride and Groom’s religious and cultural traditions. I laud such couples who embrace genuine humanity by respecting the otherness of others and accepting each other’s uniqueness. If the couple prefers to give that little extra joy to the religiosity of their parents, relatives, and friends, the sermon would include reflections and essence of the faiths of the couple.

I am blessed to have performed some uniquely beautiful combination of weddings; Jewish Bride and a Christian groom; Muslim bride and Jain groom, Hindu Bride and Muslim groom, Christians Bride and Atheist groom….. it was such a joy to see their families cheer at the end.

Personally, Mike is committed to building a Cohesive America and offers pluralistic solutions on issues of the day. He is a professional speaker, thinker and a writer on pluralism, interfaith, politics, and civic affairs.

God loves us like a mother loves her children, teacher loves her students, and as a chef loves his patrons,  he gives us the guidance (religion or common sense) to restore that equilibrium, that is all he wants and nothing more.

God loves the harmony between humans and his creation, and marriage enhances that harmony. Someday we may find out what attracts a man to a woman or vice-versa, like a magnet two individuals come together to be one with each other.  Religion, region or race become secondary when two people fall in love with each other. This is what God loves, two people becoming a source of harmony and happiness to each other.

Mike is a frequent guest on Sean Hannity show on Fox TV, and a commentator on national radio networks, he contributes weekly to the Texas Faith Column at Dallas Morning News and regularly at Huffington post, and several periodicals across the world. The blog www.TheGhousediary.com is updated daily. Two books are poised to be released this year on Pluralism in America, and Americans Together building a cohesive America. 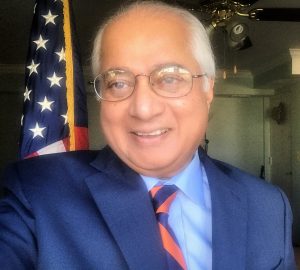