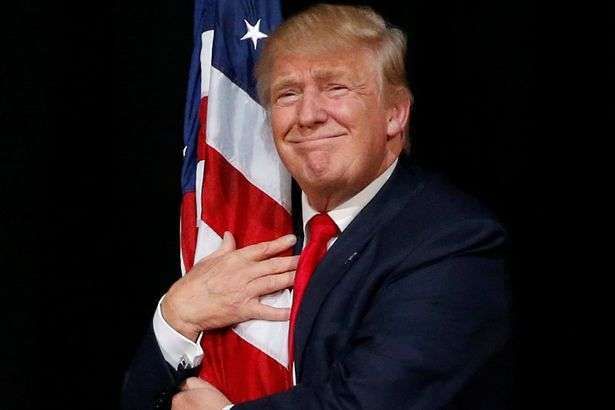 At Center for Pluralism we have chosen the path of positive engagement to find solutions on issues of the day.  We have to be genuinely inclusive and hold on to the temptations to condemn, and instead seek solutions.

I will be calling on our Imams to include this issue in their Friday Sermons,  and at CFP we produce results.

Sense of fairness and justice is one of the greatest values Americans are blessed with, and a majority of us are endowed with that beautiful sentiment, and whenever someone violates it, we the people, speak out against it.

No one is more privileged than others, and whenever that balance is lost, we have struggled and restored it. We are the land of the brave and the free and we do the right thing whenever we reach that breaking point, and I pray we do it sooner than later.

We have come a long way. Do you recall massive movements against discrimination and finally passing the Women’s Suffrage Act where women became equal citizens of America? The Civil Rights Act made African Americans equal citizens. We have protested against Vietnam War, War in Afghanistan, Bombing of Gaza, Genocides in Darfur, Bosnia and other places. We have a long ways to go, and go we will. The success and the strength of a nation hinges on two things; economic prosperity and a strong integrated society. We have been blessed with the resources and attitudes to achieve economic prosperity and have come a long ways on social inclusion and have a few more steps to go to realize the American dream of feeling equal with every one.

Look at our achievements, religious communities like Jews, Catholics, Baptists, Mormons and others had to endure exclusion and abuse for a long time. Now, they are a part of the American social fabric. In the last few years we have accepted LGBTQ community as a part of us. Muslims and Hispanic communities are the next to become one with all. I pray that they don’t have to continue to endure the sense of exclusion like all other fellow Americans have gone through.

It is unfortunate that a significant segment of White Americans were excluded from the national conversation and they endured humiliation through loss of jobs, homes and breakdown of families. Thanks to President Trump for taking up their cause and include them in the process and bless them with a sense of belonging. That is the right thing to do. However, the process chosen for such inclusion was based on excluding others, thus messing up the equilibrium.

I have written many articles on the topic including one on November 6, 2016, two days before the general elections. I had urged Hillary Clinton to make the last ditch effort to reach out to the rural white population who suffered the economic depravity, she was surrounded by yes men and did not listen to her critics. The article is titled, “Hillary’s last ditch effort – the final speech” at Huffington Post (https://www.huffingtonpost.com/entry/hillarys-last-ditch-effort-the-final-speech_us_581f90f8e4b0102262411963 ). By the way Peggy Noonan wrote similar thoughts a week after the election and received a Pulitzer Prize for the same thoughts I had expressed.

Just when we thought that the dust (on the dream of one nation) was settling, President Trump tweeted three videos that created a rift, once again causing another set of Americans to be apprehensive. There is no one on the earth who has more access to finding the truth than the President of the United States. The videos were fake and two of them were not even Muslims, and the third one was Egyptians at the Tahrir Square and not the white folks Mr. Trump had insinuated.

Jesus is one of our guides, let us follow his wisdom of not condemning the sinner but the sin, the sinner is always redeemable. President Trump is redeemable and I want to reach out to him. Jesus cannot be wrong.

Prophet Muhammad (pbuh) communicated God’s wisdom and said that the individual that is most dearest to God is the one who forgives and forgives often. Forgiving restores and builds relationships to bring peace and harmony. I urge Muslims to forgive President Trump’s tweet and ask the Imams (clergy) to do the same in their Friday Sermons, and the good Imams have followed my requests several times. Let’s pray that God gives each one of the 322 Million Americans guidance to believe in one nation and work towards making us all one.

Muslims need to connect with the disconnected fellow Americans and reassure them that they are equally committed to safeguarding the American way of life. No American needs to worry about losing his or her way of life. As a Muslim I want to reassure my fellow Americans that the majority of Muslim Americans do not want Sharia laws (practiced elsewhere in the world) to be considered in America. I will be the first one to oppose and build a movement against it. However, we will organize a symposium on Sharia to put this nagging item behind. Thank God for the Republican Congressman Pete Sessions to support this and I hope to enlist both Democrats and Republicans to move forward.

As Muslims we need to appreciate People of different faiths and the people from the media for taking up the issue and talk about it. They did not have to do that, but the sense of fairness is the dominant value of humanity and Muslims appreciate fellow Americans for standing up for them.

As a Muslim, I am pleased to reaffirm in behalf of Muslims, that as Americans we uphold, protect, defend and celebrate the values enshrined in our Constitution. This is our only law and we obediently abide by it.

The Center for Pluralism is committed to building a cohesive America and I urge you to visit the site www.CenterforPluralism.com, we offer pluralistic solutions on issues of the day.

The Sense of fairness and Justice are the American values I cherish, and pray that all of us become Americans in spirit. Thank you America, I have unwavering faith in you!