Here is a powerful story about a custom I was not aware of, as I am yet to officiate a wedding where an Iranian man or woman is involved.   Wedding is a joyous event and I appreciate Doug Roberts for sharing this beautiful cultural story from Iran. 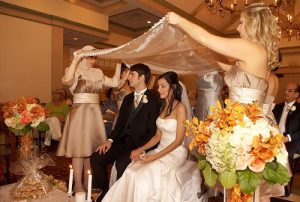 When I was drafted into the Army and sent to Tehran, Iran in 1971 I had only been there a few weeks when I experienced a cross-cultural revelation. My Iranian girlfriend, Fari, invited me to a Persian wedding in her home. Her cousin was marrying a fellow Army GI.  She had told her mother he and I were good friends, though I had never met him. She needed the wedding as an excuse for me to meet her family on an official basis, so I was eager to attend.

A few weeks later, I stood nervously in front of the doorway of my Iranian girlfriend’s home and I pressed the buzzer. In a moment the gate opened and I was greeted by a woman. I could see the resemblance and knew it was Fari’s mother. “Khanum Khazaneh? I saw her face brighten and smile. “Salaam alaikum.”

I announced myself as Sgt. Roberts instead of specialist, to keep things simple. With only a few words spoken in her native language I could tell she was impressed, as I had hoped she would be. She brought me inside to meet other family members. After many salaams to the aunt, uncle, grandparents and a few other family members, I could tell Fari’s plan was working. It was smiles all around as every family member beamed at me.

I didn’t see Fari though. And where were the bride and groom? What I did see was impressive. The living room had been festively decorated with flowers and a beautiful and an elaborately decorated spread on the floor called “Sofreh-ye Aghd.” On the Sofreh-ye Aghd lay a beautiful embroidered cashmere cloth. I noticed that on the wall above it was a beautiful Persian calligraphy in an ornate gold frame.

In the center of the Sofreh-ye Adhd was a mirror, symbolizing fate. On each end of it burned a candle, symbolizing light and fire. The custom is that once the bride sits beside the bridegroom, she removes her veil and the first thing that the bridegroom sees in the mirror should be the reflection of his wife-to-be. I had read a bit on Persian wedding customs and knew that these customs were not Islamic as I had assumed. They were Zoroastrian, a religion far older than Islam. But because most households are Muslim, it gets blended in.

As I stood there with the others, I heard the kitchen door open and out came the Mullah. He placed a Koran in front of the mirror, opened to a certain page. I think it was Sura 55. Next, in came my “good friend” and fellow G.I., who I was seeing for the first time. The Mullah motioned him to sit in front of the mirror. I noticed he had his eyes closed.

Now came a rush of excitement as the bride, dressed in a traditional western style white wedding dress complete with veil, walked in and sat down beside her husband-to-be. Fari walked closely behind her and stood off to the bride’s left. Fari’s cousin removed the veil. I heard her whisper something. The man opened his eyes, looking into the mirror. They were smiling as they saw their reflections beaming at each other.

The spiritual symbolism of that moment is profound. Seeing their reflection and the open Quran in front of the mirror the couple has received the most profound blessing: the influence of divine providence on the mirror of fate.

I heard the Mullah saying what must be blessings for them. At some point I could make out that he has asked the bride if she agrees to the marriage. She is asked three times before she says yes, as is the custom. After a dramatic wait I heard a soft “Bali.” All the women are crying.

The asking three times is supposed to signify that it is the husband who is really seeking her hand and she is making him work for it. The fellow never says anything.

The Mullah then asked for Allah’s blessings and the couple exchanged rings. As they were doing this, the Mullah reached into a bowl on the Aghd filled with sugar cubes. He ground them over the heads of the couple. As it sprinkled down he said more blessings.

The sugar is supposed to sweeten the lives of the newlyweds. At the same time the couple fed each other a piece of honey comb for good measure.

Finally, the marriage concluded with the Mullah saying some prayers and the couple signing their wedding contract. The Mullah raised his hands smiling and pronouncing, that the ceremony is complete. 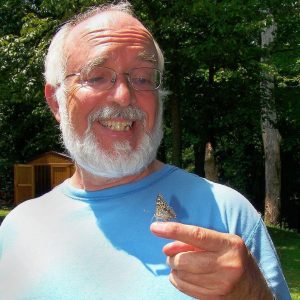 The couple rose to kiss, embrace, and there was a profusion of kissing and hugging all around.

As for me, my official request to date Fari was heartily approved!

Doug Roberts is the author of the cross-cultural suspense novel The Man Who Fooled SAVAK, loosely based on some of his experiences in Iran in 1971.