Nearly 40% of weddings in the United States are interfaith. Indeed, two in five South Asian Americans marry outside their faith, that is, marrying with a Hindu, Muslim, Christian, Jew, Sikh, or the other that includes even Atheists.

The Religious Landscape Study[1] by th 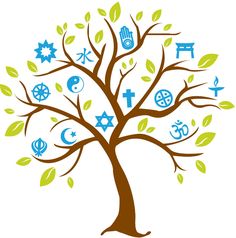 e Pew Survey found that “almost four-in-ten Americans (39%) who have married since 2010 have a spouse who is in a different religious group. By contrast, only 19% of those who wed before 1960 report being in religious intermarriage.”

“The reciprocal connection between religion and family life makes the topic of religious intermarriage of particular importance in the sociology of religion. Spousal influences are key for motivating religious switching and other religious commitments. The idea of conversion is more prevalent among the South Asian communities and primarily among Christians and Muslims.

It isn’t a happy situation to many a religiously affiliated first-time marrying young couples when their clergy or a parent insists that the other person converts to their faith tradition. Some of them do, some fake it, and some are not comfortable with the idea.

When a couple is deeply committed to marriage, they get married any way but sorely miss out on the ceremony. The ceremonies were identified as marriage, and they had witnessed it as children. Too many couples miss out on the joy of that additional sense of completeness with a religious ceremony.

Marriage is between two individuals, and their families and friend’s ought to be supporters and cheerleaders to celebrate and complete their joy.

What is it that God wants? Most religious clergies insist that HE wants you to worship him, that is, going to the respective places of worship of the religion one follows. According to Dr.Ghouse, God wants nothing more than harmony in his creation. Because he created everything in balance, he expects us to preserve it or restore it when it is off. The Jewish phrase for the act is Tikkun Olam, and the Muslim term is Islah-al-Alam[2]

There is help around, “Interfaith Marriages” is an organization that has taken up the role of officiating interfaith single-faith weddings, making it easy for the parents and the bride and groom.

Some research suggests[3] marriages between members of the same religious group may be more durable than intermarriages. If this is true, the rise in religious intermarriage over time may not be as pronounced since the Religious Landscape Study measures only marriages intact today.

It is wrong to blame Interfaith Marriage for divorce. The durability of the marriages squarely rests on the couple’s ability to communicate, whether it is interfaith, the same faith, or inter-racial marriage.

The compatibility is the “unstated reason” for not marrying outside one’s culture, and hence societies have created religious, social, class, caste, and other filters to prevent interfaith marriages.

You will not find a place where you don’t see people of different faiths, races, cultures, and ethnicities interacting, working, studying, intermingling, playing, and even marrying each other. These new interactions are bound to create conflicts, and it is our duty as responsible citizens to find solutions and make it easy for everyone to live in harmony.

Unlike the immigrant parents, the American-born kids don’t have any barriers of religion, race, ethnicity, or culture. What they see in each other is compatibility. When children go to school, they interact with kids from other races, ethnicities, cultures, and religions. They study together, go out and eat, go to the movies, and dance. As a result, they fall in love with their classmates or workmates. You don’t choose to love a person; it happens. God has placed a GPS chip in every individual that brings them together.

For those kids or adults looking to marry outside their faith, or race, help is around. The “Interfaith Marriages” is an organization that has taken up the role of officiating interfaith and same-faith weddings, making it easy for the parents and the bride and groom to go through the process.
The Interfaith Marriages organization officiates the weddings of such couples to reflect the essence of their faith traditions. If the couple prefers to please the religiosity of their parents, relatives, and friends, the sermon would include reflections and the essence of the couple’s faith, both their faiths.

Dr. Mike Ghouse is an Interfaith Wedding Officiant, Social Scientist, Public Speaker, thinker, author, and a newsmaker. He is deeply committed to Pluralism in Religion, Politics, Societies, Human rights, and religious freedom. He is the founder and president of the Center for Pluralism,[4] Director at World Muslim Congress[5] a think tank and a wedding officiant at Interfaith Marriages.[6] His new book American Muslim Agenda is available on Amazon and “Standing up for others” is coming soon. He is committed to building cohesive societies and offers pluralistic solutions on issues of the day. More about him at TheGhouseDiary.com 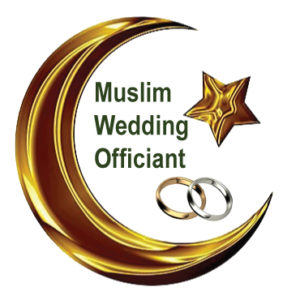