In Interfaith Homes, Dealing With the ‘December Dilemma’

This piece is for real and full of humor. Indeed it happens at the interfaith homes, and it is rightly called December Dilemma. How far does a spouse go to accept the otherness of other? How far should one go? Does the faith that you are conditioned to prevent you from participating in the other? Can we integrate culturally?

A few good examples that most people cannot do are: The great Indian actor Shahrukh Khan has married a Hindu woman, and they are raising their kids with both Hindu and Muslim cultures – kids are comfortable in celebrating both festivities without a second thought. Indeed there are several such celebrity examples.  I took my children to every place of worship so they don’t grow up calling other’s practices as weird, all diversity is within their grasp, and nothing is weird to them. We celebrated Christmas in full swing, I did not feel any resistance in me, though it was not my belief, culturally it was not a conflict to me.

Of course, I have grown and matured to be full interfaith pluralism person, all faiths and culture are home to me. I am comfortable with all – thank God, I fully respect and accept the God given uniqueness of others.

When I get the time, I will write a full article on this theme. 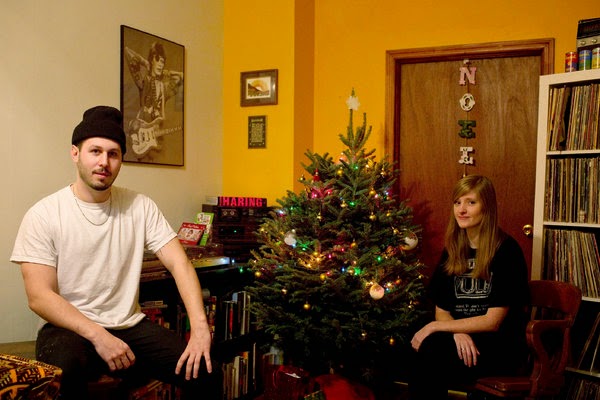 Two people meet. They fall in love. Big questions come up. Move in together? Do you want children? Big questions are answered. Life flows on.

Then December rolls around, and for some couples, things get complicated.

When one half of a couple is Jewish and the other is gentile — more to the point, when one grew up with a Christmas tree and the other did not — the question can come freighted with all sorts of cultural and emotional baggage.

A seven-foot-tall “Menorah Tree,” with each candelabra stem covered in evergreen foliage and ornaments.

The Christmas tree has its roots in pre-Christian winter-solstice rites — a celebration of the death-defying power of evergreen plants. But as everyday symbols of Christianity go, it is a potent one.

With Hanukkah in the homestretch and Christmas approaching, The New York Times asked Jewish readers in interfaith relationships about their first trees.

For some, allowing a tree into their living space was a guilt-inducing surrender to assimilation. For others, it was a joyous merger, often involving both a tree and a menorah.

Sometimes each side has to give. When Simon Silverstein and his wife got together in Brooklyn, he was firmly anti-tree. “I’d say, ‘I’m not used to this, and I really do not want it,’ ” he recalled.

Eventually, after the couple had children, Mr. Silverstein agreed to a pine branch stuck in a pot. Today, their tree is a wooden “tree sculpture” that he made, with a Star of David on top. “Our compromise seems to be working,” Mr. Silverstein said. “We’ve been married 50 years.”

In Cheshire Frager’s case, it was her gentile husband who had to give. Like many Jews,

Ms. Frager, who is from Queens, grew up sharing in her Christian friends’ traditions. When she married an Italian-American 44 years ago, she looked forward to a Christmas tree of her own.

“Imagine my chagrin,” she wrote, “when the tree turned out to be a tiny Woolworth’s special, two feet tall, which my art-director husband decorated with Life Savers and other itsy-bitsy items.”

After “seven bitter years” of small-tree Christmases, the couple moved from an apartment to a house, and Ms. Frager got her way: a real, six-foot tree, with lights and tinsel and cranberry strings.

“Guilty? No way,” said Ms. Frager, who works for a Jewish charity. “We didHanukkah stuff for Hanukkah and Christmas stuff for Christmas.”

But for Eric Ben Reuven, of Astoria, Queens, the first tree “was a hard thing.”

The tree, he wrote, “was beautifully decorated and added a warm TV-show glow to the living room, but it did hurt a bit to see it there.” Mr. Ben Reuven’s now ex-wife later converted to Judaism; no more tree. “It did feel strange for her to not see a tree in a home she was living in,” he wrote.

One of the most creative compromises can be found in the home of Michael Patchen of Greenwich, Conn.: a seven-foot-tall “Menorah Tree,” with nine oversize candelabrum stems, each vined with evergreen foliage and decorated with ornaments.

At the Jewish Outreach Institute, a New York organization that helps interfaith families connect to the Jewish community, Paul Golin, the associate executive director, says he fields frequent questions about what is widely referred to as the “December dilemma.”

“Unfortunately, everyone has to answer it for themselves about their own comfort level,” he said. “It’s a question of what does this mean and how do you present it? For example, I’ve heard of households where the child is helping Daddy or Mommy celebrate Christmas, so they set it up like this is a tradition from this side of the family.”

Mr. Golin himself does not have a Christmas tree. His wife is from Japan and is not Christian, but like many Japanese, she grew up with a tree and lobbied for one. “She said, ‘It’s a Japanese cultural thing.’ But I said, ‘No it’s not Japanese, it’s Western and is how the culture has adapted.’

“So we agreed to celebrate only Hanukkah in our home,” he said. “But my wife does feel some degree of loss and she is making a sacrifice, and I tell her I appreciate that. She’s giving up a piece of her childhood.”

Michael Bassman, of Jackson Heights, Queens, wrote that while he was “uncomfortable with the tree,” he goes along for his family.

“It looks nice, smells great, and is an indispensable part of the Christmas ritual for my wife, and for the last 13 years, my kids,” he wrote. Mr. Bassman helps pick out the tree, but: “I don’t do the trimming.”

And then there is the case of Zachary Assael-Berkowitz Staggers, 28, and his Catholic ex-girlfriend, Alison McCarthy. Though broken up a few months, they are still friends, so when Ms. McCarthy asked him to help her get a tree, he agreed.

On the appointed night, Mr. Staggers overcelebrated at dinner, found himself unfit to drive, and canceled. Ms. McCarthy was livid. “It was as if I had desecrated a church or told a group of small children that Santa did not exist,” Mr. Staggers said.

The next morning, he headed out to a sidewalk tree stand. At a loss, he asked the vendor to recommend a tree. “Just pick one,” the man replied brusquely.

Mr. Staggers found a tree that was small but “seemed pointy enough or fluffy enough or something.” He took it to Ms. McCarthy’s apartment. She was out. He put the tree in the stand.

“Chubby and round, it leaned to one side clumsily and partially blocked the entrance to my ex’s bedroom door,” he wrote. Wrapped in a string of Christmas lights, the tree looked “like an obese man trying to fit into women’s lingerie.”

But at least she has a tree, he told himself.

That night, Ms. McCarthy texted, “Thanks for the tree,” and he felt redeemed. Then he saw she was still typing.

“Too bad it’s not a Christmas tree,” Ms. McCarthy wrote. “It’s a Hanukkah bush and it’s a bit on the schlubby side.”